How to Gospelize the TV Series “Salvation”

The TV series "Salvation" can be a great conversation starter for students to talk about real salvation in Jesus Christ with their friends.

What happens when an MIT grad student, a tech billionaire and a Pentagon employee join forces to save the world from a massive asteroid that’s hurtling toward earth?

a) Science conquers the day.

b) People start to say their prayers.

c) “Eat, drink and be merry, for tomorrow we may die” rules the day.

d) No one knows except the screen writers, because Season 1 of the CBS TV series Salvation has just kicked off.

And the answer is… “d) No one knows except the screen writers.”

So why not take this natural curiosity about the end of the world and use it to motivate your teenagers to talk to their friends about the real “salvation” found in the message of the gospel? While the day and hour is unknown, Jesus’ return someday, somehow should motivate us and our students to tell our friends about Jesus.

4 Truths about the End Times

But before you launch your students off to talk to their unreached friends, provide them with a basic understanding of what the Bible has to say on this topic. Because when the end times do unfold upon the earth, it isn’t likely that they’ll look anything like the TV series Salvation—even if does end up being a “smash hit.”

Based on Scripture, four things seem clear—check out these verses:

1. When Jesus returns, He’s coming back in power and glory. And then at last, the sign that the Son of Man is coming will appear in the heavens, and there will be deep mourning among all the peoples of the earth. And they will see the Son of Man coming on the clouds of heaven with power and great glory. And he will send out his angels with the mighty blast of a trumpet, and they will gather his chosen ones from all over the world—from the farthest ends of the earth and heaven (Matthew 24:30-31).

2. When the end times come, God will be the judge and jury. Then I saw heaven opened, and a white horse was standing there. Its rider was named Faithful and True, for he judges fairly and wages a righteous war (Revelation 19:11).

4. Salvation comes through trusting in Jesus. “There is no judgment against anyone who believes in him. But anyone who does not believe in him has already been judged for not believing in God’s one and only Son…” (John 3:18).

This vivid (and very real) picture of the end of the world should both overwhelm us with joy and cause us to shudder in the core of our being. An incredible future awaits those who know Jesus, but judgment is also a looming reality. Because of the certainty of these events, THE Cause of Christ should consume us, for Jesus has sent us on a search and rescue operation. And while no one knows the day and hour of Christ’s return, we DO know it is coming.

Getting the Real Salvation Conversation Started

Challenge your students to use the CBS series Salvation as a springboard to talk with their unreached friends about the real salvation that comes through Jesus.

Whether your students find themselves talking with their friends about the TV series Salvation or engage in a more general conversation about the unsettling times we’re living in, coach them on how to purposefully move the conversation toward what the Bible has to say about the end of the world as we know it. Encourage them to talk about Jesus’ free gift of salvation that’s available to all.

Here are a few questions you can suggest they use with their friends to get the conversation started:

If you or your students are so inclined, enjoy the asteroid. But the real end of the world as we know it, will probably make the plotline playing out in Salvation seem as soft as a Fluffy Puff Marshmallow. When Jesus comes again there will be serious stuff coming down… eternally serious stuff. Challenge your students to get the word out!

Want more practical advice on mobilizing your teens to share the gospel? All of our Mobilize stories offer great ideas for training your students and building a Gospel Advancing Ministry. Sign up here to receive this free, hands-on resource in your inbox! 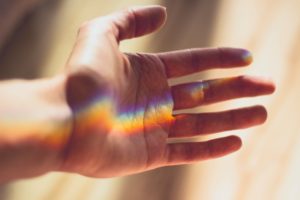 LGBTQ Discussions: Why You Shouldn’t Fear Them

Plus, how to use them as a springboard to talk about the Gospel 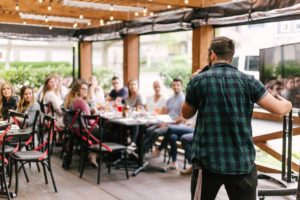 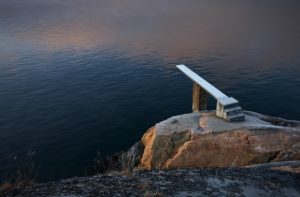