While the Jehovah's Witnesses identify as Christian, learn how their beliefs differ from the true Gospel message.

The Jehovah’s Witnesses were started in the early 1870’s, by a man named Charles Taze Russell.

Jehovah’s Witnesses identify themselves as Christian and there are over six million people in this religion. Their name comes from their belief that God’s personal name is Jehovah (which is an inaccurate name for God. It is properly translated ‘Yahweh’).

They are also called The Watchtower Bible and Tract Society, mainly because one of their primary missions is to go door-to-door and hand out millions of Jehovah’s Witness versions of the Bible and various informational tracts.

What A Jehovah’s Witness Believes

About the Jehovah’s Witnesses:

Like Mormons, Jehovah’s Witnesses believe their religion is the only true religion, and all other religions and Protestant denominations (Baptist, Lutheran, etc.) are false. This is why they are so passionate and go door-to-door trying to convert others to their view of God.

A Jehovah’s Witness believes there is one God Almighty – a Spirit Being with a body, but not a human body.

They believe there is no Trinity, because they believe that Jesus Christ is a god, but not the God of the Bible, and that the Holy Spirit is an active force (rather than a real Person).

Jehovah’s Witnesses believe that Jesus Christ is not ‘Jehovah’ God, but the first son that ‘Jehovah’ brought forth. He is a god, but inferior to the only Father God.

Note: John 1:1 says, “In the beginning was the Word, and the Word was with God and the Word was God.” The translators of the New World Translation misinterpret the end of this verse by adding an “a” as in “the Word was a god.” According to the vast majority of Greek language scholars, this is a poor translation.

A Jehovah’s Witness generally prefers to use their own version of the Bible, the New World Translation, because it more consistently incorporates the Hebrew translation of God’s divine name, “Jehovah” (in English).

They believe that no soul remains after death. At some point in the future, Jesus Christ will return to resurrect the dead, restoring soul and body. There will then be a judgment day, and those judged righteous will be given everlasting life on a paradise earth (not in heaven). Those judged unrighteous will not be tormented, but will die and cease to exist (i.e. annihilated).

They believe that salvation is granted to those who had a combination of faith and good works (as defined by the Watchtower organization).

God identified Himself as “I Am” (Exodus 20:2), meaning He is the self-existent (has no beginning or end) eternal Creator of the universe.

Those who trust in Christ alone as their only hope of salvation spend eternity in heaven; those who reject Christ spend an eternity in hell (John 5:24-30; Revelation 20:11-15). 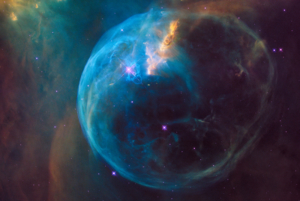 How to Share the Gospel With a New Ager