“Scientists at (RPI) Rensselaer Polytechnic Institute have found that when just 10 percent of the population holds an unshakable belief, their belief will always be adopted by the majority of the society” (Science Daily July 26, 2011).

Take a look at history from recent to distant and you’ll see that it wasn’t the 90% that changed the culture around them. Instead, it was the fully committed 10% who changed everything.

The answer to every one of these questions is “the radicalized ten percent.”

This statistic has amazingly powerful implications for the way we do ministry. Too often, we are taught as ministry leaders to reach the masses at all costs. But this is counterintuitive to the way that Jesus did his ministry. Yes, he ministered to the masses, but he “radicalized” a small group that he nicknamed apostles and, after he ascended into heaven, they radicalized the rest. Isn’t in interesting that of the one hundred and twenty in the upper room, there were twelve apostles. That’s 10%. Hmm….

I remember experiencing the power of this principle as a young church planter. Our goal as a very young church planting team was to get our handful of leaders fully on board with the cause brewing in our hearts. We trained them, equipped them, met with them, strategized with them, and prayed with them until the twitchy revolution that was boiling in our hearts spilled over into their souls. As a result, we were able to eventually see our church explode spiritually and numerically.

Neither Rick (my church planting buddy and the current pastor of this now twenty-three-year-old congregation) nor I had seminary degrees, nor were we brilliant strategists. On the contrary, we made a lot of stupid mistakes in the formative years of planting Grace Church. But passion goes a long, long way in the arduous process of starting and leading a ministry. This passion cannot be taught but must be caught. And it was when the 10% in our church caught on fire with that divine blaze that the rest of the congregation caught on fire, too.

If this principle worked when two untrained friends in their early twenties planted a church, it is true for you as well. It applies whether you are leading a church, youth group, or Sunday school class.

The great revivalist Gypsy Smith was once asked by a young pastor how he could start a revival at his church. The evangelist simply told him to go home, draw a circle on the floor with a piece of chalk, and kneel within that circle. He then instructed him to pray for revival for everyone on the inside of that circle and, after that, he would start to see revival on the outside of that circle.

Let us get a piece of chalk, draw that circle, and kneel within it. May we be the first to join the 10%. 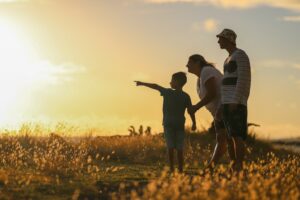 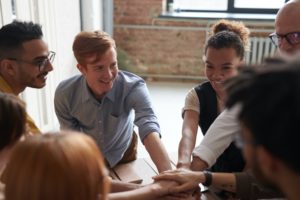 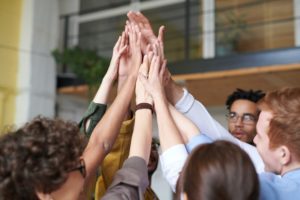