In the crazy “what if” world of impossible scenarios I am convinced that Jesus would be fired within his first few months of becoming a youth leader at the typical church. Here are five reasons why…

In the Gospels Jesus scared away the loud crowds and nestled into the committed core on several occasions. What makes us think he would do anything differently in a modern youth group context as a youth leader?

In Luke 14:25-27 Jesus implemented his crowd shrinking strategy in a much more direct way, “Large crowds were traveling with Jesus, and turning to them he said: ‘If anyone comes to me and does not hate father and mother, wife and children, brothers and sisters-yes, even their own life-such a person cannot be my disciple. And whoever does not carry their cross and follow me cannot be my disciple.”

Calling for such radical commitment would cause pastors’ kids to complain to their parents. Not to mention how Jesus’ thought provoking teaching style (that often created more questions than answers) would cause parents and pastors alike to cringe. Their red faces would soon turn into a pink slip.

2. He would do most of his youth ministry outside the four walls of the youth room.

How much time do we see Jesus ministering in the temple or synagogues (the equivalent of a church building in the Jewish context)? He was there some but, more often than not, his pulpit could be found by a fig tree, on a pathway, in a field, on a mountain or in a boat. He used nature as sermon illustrations and “that just happened” incidents as his teaching curriculum.

Jesus was his own mobile app. He applied truth on the go to the lives of his mostly teenaged disciples in real life situations and it would get him fired real quick from most churches.

3. He would bring the “un” ones (dirty, flirty and rejected) into his inner circle.

“A man with leprosy came to him and begged him on his knees, ‘If you are willing, you can make me clean.’ Jesus was indignant. He reached out his hand and touched the man.” Mark 1:40, 41

“When one of the Pharisees invited Jesus to have dinner with him, he went to the Pharisee’s house and reclined at the table. A woman in that town who lived a sinful life learned that Jesus was eating at the Pharisee’s house, so she came there with an alabaster jar of perfume. As she stood behind him at his feet weeping, she began to wet his feet with her tears. Then she wiped them with her hair, kissed them and poured perfume on them. When the Pharisee who had invited him saw this, he said to himself, ‘If this man were a prophet, he would know who is touching him and what kind of woman she is-that she is a sinner.'” Luke 7:36-39

“When Jesus reached the spot, he looked up and said to him, ‘Zacchaeus, come down immediately. I must stay at your house today.’ So he came down at once and welcomed him gladly. All the people saw this and began to mutter, ‘He has gone to be the guest of a sinner'” Luke 19:5-7.

As soon as Jesus started bringing converted call girls, puss-oozing sickies and cultural rejects into youth group many pretty and pristine Bible-toting, Scripture-quoting teenagers would evacuate the premises. Soon the elders would call a meeting and, well, you know what happens after that.

4. He would confront the status quo in the youth group and church at large.

“When it was almost time for the Jewish Passover, Jesus went up to Jerusalem. In the temple courts he found people selling cattle, sheep and doves, and others sitting at tables exchanging money. So he made a whip out of cords, and drove all from the temple courts, both sheep and cattle; he scattered the coins of the money changers and overturned their tables. To those who sold doves he said, ‘Get these out of here! Stop turning my Father’s house into a market!’ His disciples remembered that it is written: ‘Zeal for your house will consume me.’ The Jews then responded to him, ‘What sign can you show us to prove your authority to do all this?'” John 2:13-18

Imagine the scenario, Jesus flipping tables in the church foyer and screaming, “Why have you turned my Father’s house into a den of robbers?” Sure, our churches aren’t selling over-priced livestock for temple sacrifices. But many of them are selling the fattened calves of consumeristic Christianity that caters to self and not service to God. You wonder how many Sunday school classes Jesus would interupt and ask, “Why don’t we get out of here and go down to the local shelter together? We can feed the poor, clothe the hungry and share the gospel. I can teach you the lesson in the church van on the way back.”

This would lead to the inevitable …”Our leadership team is headed in a different direction” conversation.

5. His hair would be way too long to be taken seriously.

Below the ears is risky but below the shoulders? Come on! If you can’t trust a man to visit the barber once in awhile, can you trust him to run a youth ministry? I didn’t think so! 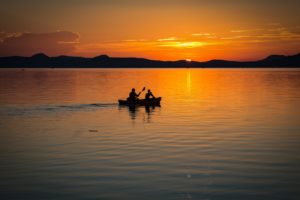 Get Your Team on Board!

Aligning your team is stage 2 of a Gospel Advancing youth ministry. Here are 5 keys to making it happen. 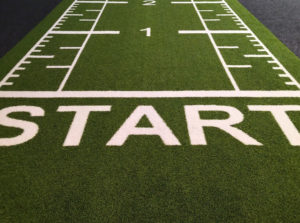 The Power of Commitment 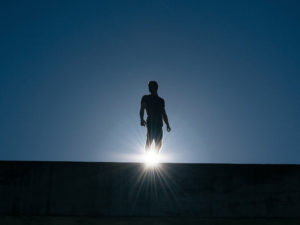