Gone Fishing (or, why evangelism is the best pastime ever!)

When Jesus invited his followers to become a part of his inner circle he told them, “Come follow me and I will send you out to fish for people” Matthew 4:19. At the core of Jesus call to discipleship was evangelism. That’s what fishing for people means.

If you’ve ever gone fishing you know that it takes skill to fish effectively. You need go where the fish are and use the right type of bait to catch those particular fish. You need to learn how to set the hook and reel different kinds of fish in. If you reel too fast the line could break. If you reel too slow they could wiggle off the hook and escape.

I learned to fish by going camping with my grandpa and grandma in the Rocky Mountains of Colorado two weeks every summer. My grandpa and I would fish to our limit every day.

In the same way Jesus invited a handful of actual fisherman to follow him and learn how to “fish for people” instead of just fish. They dropped their fishing gear and followed him.

They did what he did. They copied him. And, over time, they learned how to effectively evangelize.

The Jewish leaders recognized how skillful and confident they had become at fishing for people in Acts 4:13, “When they saw the courage of Peter and John and realized that they were unschooled, ordinary men, they were astonished and they took note that these men had been with Jesus.“

In a matter of just over 3 years Jesus had turned his rag tag followers into master fishermen who were, not only catching lots of people with the Gospel (3,000 their first fishing trip after Christ’s ascension according to Acts 2:41!), but they were raising up other fishermen to copy them and catch even more fish.

To be honest, I never enjoyed fishing all that much. Sitting in the hot sun waiting for a fish to bite was never my idea of fun. But what I did enjoy was being side by side with my grandpa, all day everyday, for two weeks out of every summer.

It’s even better fishing with Jesus. In Matthew 28:20 he reminds us that, in all our fishing trips, he will be with us always, even to the end of the age.

Fishing for people is so much more exciting than fishing for fish!

We get to work side by side with Jesus to bring someone out of the sea of darkness and on to the shore of salvation. We get to “catch and release” them. We catch them for Christ and, through the power of the Gospel, release them from sin, death, pain and hopelessness.

Fishing for lost souls is the best pastime ever.

Download the app, watch the video and go do some fishing.

If you miss youth, you miss the movement! 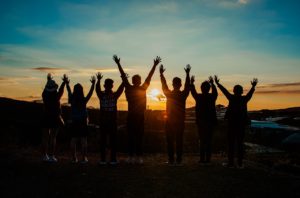 Have your teenagers pray for each other and their unreached friends. “I urge you, first of all, to pray for all people. Ask God to help them; intercede on their behalf, and give thanks for them….This is good and pleases God our Savior, who wants everyone to be saved and to understand the truth.” 1 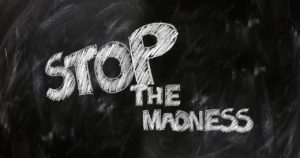 It’s time to end the “insanity” of typical youth ministry and start a revolution.

Someone once said, “Insanity is doing the same thing over and over again and expecting different results.“ This is true in life. This is true in youth ministry. For the last 50 years youth ministry has pretty much stayed the same. We do the same kinds of meetings we’ve always done (midweek, Sunday morning, etc)