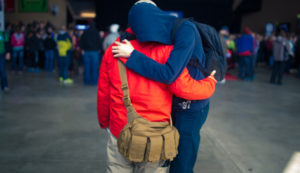 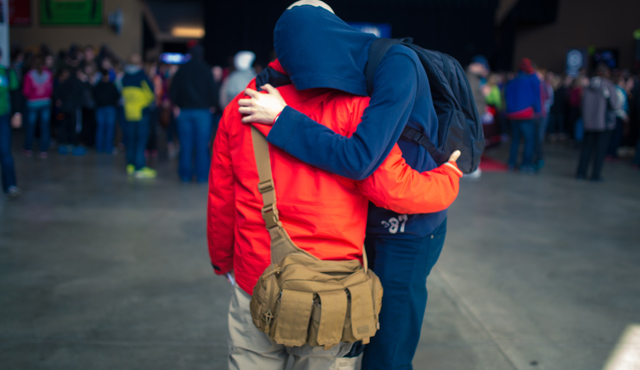 As a youth leader or parent it can be difficult to know how to help our teenagers process through something as tragic as a mass shooting, like the one that happened this week in Boulder, Colorado. But when traumatic events happen, it provides an opportunity to speak into young lives in a deep and meaningful way.

This horrific shooting took ten lives, including the life of one heroic police officer.

Think about it for a moment. People, just like you and me, stopped by the grocery store to pick up some eggs and milk and, within minutes of walking into the store, their lives were taken by a cold-blooded killer. It is unthinkable.

Please pray with me for the families of the victims. The pain and grief they are experiencing now must be excruciating.

This massacre hit way too close to home for me on several levels. For one, the shooting took place in Boulder, Colorado, where my in-laws live. Also, the shooter graduated in 2018 from Arvada West High School, which is within walking distance of my house. Finally, the killer lives in the exact same neighborhood as the President of the ministry I founded, Dare 2 Share.

On April 20th, 1999 I was a pastor in the Denver area when the Columbine High School massacre took place. The news hit me hard because, not only did I know a lot of the students who attended Columbine at the time, but my wife was a public school teacher in the same school district.

I’ll never forget heading down to Clement Park, right next to Columbine High School, to reach out to the teenagers and parents who had gathered there to pray and to mourn. Amidst the massive amount of reporters, my fellow pastor and I had the privilege of speaking into the lives of terrified and traumatized teenagers.

Hearing their stories and watching their tears impacted me to the point that I eventually resigned from the church to lead Dare 2 Share, a ministry dedicated to reaching teenagers with the hope of Jesus Christ.

In the last 22 years since the Columbine shooting I have connected with students, parents, teachers, youth pastors and school administrators who have been impacted by school shootings and other mass shootings in one way or another. Of course, empathetic listening is a huge part of ministering to them. But, over the years, I have also discovered a few ways of encouraging them to respond to the sad and scary reality of mass shootings  (including my own son who had a shooting take place on his school campus ten years ago.)

Many teenagers live in fear today, fear of failure, fear of rejection and many live in fear of this brand of violence erupting in their schools. It’s good for teenagers to learn how to grieve for those who grieve, like the people of Boulder, Colorado are grieving right now for the loss of so many of their own.

As believers in Jesus our teenagers do not need to live in fear of death. Hebrews 2:14,15 reminds us that Jesus shares in our “…humanity so that by his death he might break the power of him who holds the power of death—that is, the devil—and free those who all their lives were held in slavery by their fear of death.”

This is why it is so vital to make sure your teenagers understand the Gospel message and have put their faith in Jesus. We can’t prevent mass shootings, but we can make sure that our teenagers are ready to die if that day comes.

3.  Take your worries to God in prayer.

“Do not be anxious about anything, but in every situation, by prayer and petition, with thanksgiving, present your requests to God. And the peace of God,which transcends all understanding, will guard your hearts and your minds in Christ Jesus.”  Philippians 4:6,7

Sadly, we live in a country where violence is all too common. Many teenagers live under the strong and steady weight of impending violence. I wonder how many times a day teenagers look at a closed classroom door asking themselves “what if?” And now those same thoughts may enter their minds as they enter their local grocery store.

But we can help our teenagers learn how to transform this nervousness into an excuse to turn to God in prayer. We can teach them to bring their worries to God until they experience the his peace which transcends all understanding. This peace does not remove the threat but allows teenagers to face any threat with a deep and steady hope in their hearts.

4.  Reach out to the bad, broken and bullied.

Often times the shooters in these kinds of tragedies are those who have been bullied, ignored or marginalized in some way. When they finally snap they retaliate with hate and deadly violence, leaving victim after victim in the wake of their unstoppable rage.

Speaking of the shooter the New York Times says, “When he was a senior at Arvada West High School, Mr. Alissa was convicted in 2018 of misdemeanor assault against another student in a classroom, and told the police at the time that it was in retaliation for insults and ethnic taunts. Fellow students recall him as having a fierce temper that would flare in response to setbacks or slights.”

We can help our teenagers become change agents by equipping them to reach out to their peers with the good news of Jesus. They can actively look for those at their schools who seem to be hurting, hated or hate-filled and begin to pray, care and share, out loud with words, the good news of the Gospel.

5.  Be ready to act when the time comes.

Jesus said we should be “As shrewd as serpents and as gentle as doves.” We can apply this truth to dealing with violent situations as well.

Challenge your teenagers to take immediate and shrewd action if they see or sense danger. That action may be to run, lock a door, jump out a window, hide in a closet or charge a gunman. It all depends on the situation. But the last thing they should do is nothing. Law enforcement officials have seen this proven true in countless situations.

I pray this blog helps you help your teenagers process through the recent mass shooting and gives you some practical truths you can encourage and challenge them with this week. 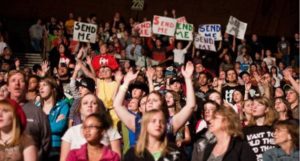 There’s a lot of talk in denominational leadership circles today about the need for more church plants and a stronger effort put toward church revitalization. I fully agree. We need more and stronger churches! As a former church planter myself, I see the need for strong Gospel Advancing, disciple-multiplying ministries within reach of every person 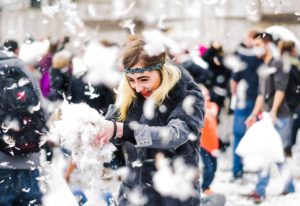 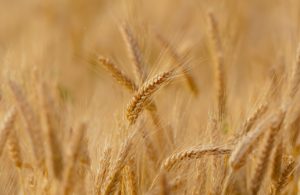 Christians aren’t called to pull weeds but to sow seeds!

“Jesus told them another parable: ‘The kingdom of heaven is like a man who sowed good seed in his field. But while everyone was sleeping, his enemy came and sowed weeds among the wheat, and went away. When the wheat sprouted and formed heads, then the weeds also appeared. The owner’s servants came to him