Why We Should All Be More Like Ned Flanders

It’s nearly unfathomable to me that a goofy, irreverent series that popped up in 1989 (and was highly criticized by much of Christianity) remains a pop culture force that now is near and dear to much of our nation!

Of course, I am talking about the one and only animated series called The Simpsons. They’re a middle class family living somewhere in the Midwest United States, and there is something for everyone in that Springfield universe.

If you’re a dad, you can very much relate to Homer. The joys and frustrations of parenting are so brilliantly portrayed through the man who genuinely prayed, “Dear God, give the bald guy a break. Amen.”

For a long time, I was embarrassed for Ned Flanders.

Or maybe you’re a fan of the blue-haired Marge, who keeps Homer on an even keel and dispenses great wisdom for moms of rebellious kids like Bart, or over-achieving ones like Lisa.

Speaking of which—maybe you’re a fan of them, as well? And if not, you can choose from Krusty the Clown, Dr. Hibbert, Moe the bartender, The Reverend Lovejoy or police chief Clancy Wiggum!

And for an astounding 27 years, this crew has been a comedic staple in Americana culture that has brought nearly as much insight into culture as it has laughter and amusement.

I bet you thought I left out one of the best characters—right? Nope, I was saving the best for last, because it looks likely that this will be his last season with the crew.

I’m talking about Nedward “Ned” Flanders, the lovable next “diddly door” neighbor. His often over-the-top religiosity and unwavering commitment to Christian dogma has established him as one of the most—if not THE most recognized fictional name in Christianity.

And, man, does he nail all the stereotypes—both good and bad. His favorite games are The Good Samaritan and Clothe the Leper. His doorbell plays “A Mighty Fortress” and his car horn blares the “Hallelujah Chorus.” He attends church three times a week, and he is the most honest person in Springfield.

And of course, this is why he is placed right next door to his polar opposite—Homer Simpson. The juxtaposition of these two characters and the clash of their worldviews may actually be one of the reasons why The Simpsons has been one of the longest running series in television history.

You know, for a long time I was embarrassed for Ned. I thought he gave Christianity a bad name, and any Christ follower who acted like him should cease and desist immediately.

But now after all these years, I’ve realized that I myself (and plenty of other believers) could use a good dose of Ned in our lives. Sure he can be cheesy and pushy—but really, when push comes to shove, Ned exhibits one of the most critical teachings of the Bible: “Love your neighbor as yourself” (Matthew 22:39).

Yet Ned exhibits one of the most critical teachings of the Bible: “Love your neighbor.”

This verse is pretty easy to handle when you live next door to folks who play well with others, but Homer has been nothing short of a thorn in the flash for St. Ned. From name calling to pranking to just downright cruelty, Ned has hung in there with Homer, even to the point of saving his life in dangerous circumstances.

Whenever I see Ned and his attitude towards Homer, this verse comes to mind:

Don’t be selfish; don’t try to impress others. Be humble, thinking of others as better than yourselves. Don’t look out only for your own interests, but take an interest in others, too (Philippians 2:3-4).

This season of the Simpsons will probably see the departure of Ned Flanders, but I hope that the legacy he leaves will be a willingness on all our parts to love our neighbors as ourselves—even if he or she is a person like Homer Simpson! And remember that according to Jesus, our “neighbor” is not defined by geographical proximity. Rather it is determined by the unity of humanity being made in God’s image! In other words, the question is not “who is my neighbor?” Because the real question is “who is not my neighbor?’ And the answer is…

Because…in this ever-darkening world, we could all use a few more “Hey-Diddly-Ho Neighbor-eenos!”

This week, think about how you are treating the people God brings across your path, and evaluate whether or not you are truly loving them as you love yourself.

Accelerant: Fuel for THE Cause

Pray:  Father, help us to see others through Your eyes so we can lead them into a relationship with Jesus.  May we consider others more important than ourselves for Your glory.

Read: John 12:26. Anyone who wants to serve me must follow me, because my servants must be where I am. And the Father will honor anyone who serves me.

Get:  Shine…Sharing the Light of the World. Youth leaders! There’s nothing more exciting in youth ministry than seeing students reaching students with the hope of Jesus! Check out Dare 2 Share’s newly released Shine video curriculum that will help your students learn how to do just that. Learning how to relationally share the message of the gospel is a mysterious, Holy Spirit-inspired mix of prayer, God-infused spiritual power, practical skills and relational sensitivity. It is not a simple three-step formula or a canned presentation—it is a conversation about Jesus, or in many cases, a series of conversations. Yet there are some very practical skills that teenagers need if they are going to confidently step out and share the gospel with their friends.

Want to use this Soul Fuel as a bible study with your students this week? Copy and text them the following: “Hey-Diddly-Ho Neighbor-eenos! Check out this week’s devo, we’re taking a bible lesson from The Simpsons… http://hubs.ly/H01P09q0”

Big Idea: Ned Flanders is a great example of a godly neighbor.

You Are a Team Ninja Warrior!

NEWS FLASH! Changes are coming to your inbox next week. Be watching for Dare 2 Share’s new, free, weekly Mobilize e-resource! While Soul Fuel has had a long and fruitful run, this is the final issue of the student e-devotional. Across the years, we’ve found that Soul Fuel’s readership has increasingly shifted from students to youth

The First Two Waves of the Real End Times

NEWS FLASH! Changes are coming to your inbox in February. Be watching for Dare 2 Share’s new, free, weekly Mobilize e-resource! While Soul Fuel has had a long and fruitful run, the final issue of this student e-devotional will go out on January 25th. Across the years, we’ve found that Soul Fuel’s readership has increasingly 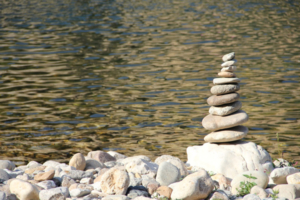