“This is the confidence we have in approaching God: that if we ask anything according to His will, He hears us. And if we know that He hears us—whatever we ask—we know we have what we ask of Him.”

We know prayer fuels our ministries and is the key to igniting students. So why do our prayer lives often stagnate?

We’re busy, for one. Tired, for another. And, if we’re honest, sometimes we’re disillusioned with prayer. We ask and ask for various requests, and God just does not seem to answer. Our prayers get weaker and more sporadic, sometimes fizzling entirely.

Years ago, I found myself in just that spot. I still went through the motions of prayer, but my heart wasn’t in it. Nothing seemed to happen when I prayed, so why invest emotional energy, only to be let down? My prayer life was dying a slow but sure death.

But God in His grace didn’t leave me in that spot. He showed up in the form of a friend who invited me to join a small prayer group—one that based nearly all its prayers in God’s Word. We would start by reading a passage and praying through it. We’d praise God for what it revealed about His character, and then pray about our specific requests through the lens of that passage and others, weaving in what they revealed about God’s nature and His promises.

Almost immediately I began to see answers to prayer in situations and people I’d nearly written off. And even in areas I didn’t see change, I felt at peace, confident that God heard, that He was good, and that He was answering in His time and His way, according to His promises.

The power of praying straight from Scripture is that we know we’re asking according to His will. We’re free to request anything of God, but some of our petitions may be—for reasons undiscernible to us—not within His Divine plan. But when we base our prayers in Scripture, we’re praying God’s own Word back to Him, so we can be sure it’s within His will. Even if He doesn’t answer in the exact way or time frame we want, we know He’s hearing and answering according to His loving nature.

How to Pray Scripture

The easiest Scriptures to pray are ones that are already prayers, such as the Psalms, the Lord’s Prayer (Matthew 6:9-13), and passages such as Ephesians 1:15-23 and 3:14-21—all rich, powerful petitions that can apply to many people and situations. You can fill passages in with names of specific students or leaders you’re interceding for or use the verses as guidelines to ask for provision or spiritual protection or wisdom or more.

But even beyond those “gimme” passages, nearly any Scripture can be turned into a prayer, because all of God’s Word reveals His character and how He interacts with His people and the world. As we dig into the Bible, we can ask God to intervene according to His unchanging nature.

For instance, in Numbers 11, as we see God give Moses relief from his heavy leadership burdens, we can ask him to do the same for us.

Or take the first chapter of Haggai (here’s a recap, in case you don’t have it memorized): Through Haggai, God speaks to His people, asking them to consider their ways and get back to making God a priority over their own comfort. When they repent and resume their work on building the temple, God assures them He’s with them as they serve Him. We can use this passage as a prompt to ask the Lord to speak the same message to our students (or ourselves) and to assure them (us) of His indwelling presence—just as He did for His people thousands of years ago. God is the same yesterday, today, and forever, so when we pray according to His unchanging Word, we know we have what we ask of Him. 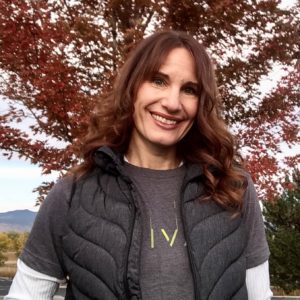 Longtime journalist Kellee Katagi is Dare 2 Share's Gospel Advancing content editor. She and her husband, Wes, have been volunteer youth leaders for longer than her current students have been alive—and then some. They live in Colorado and have three teens of their own. Katagi is always up for a youth all-nighter or game of dodgeball, which is another way of saying she's a wee bit crazy.

Longtime journalist Kellee Katagi is Dare 2 Share's Gospel Advancing content editor. She and her husband, Wes, have been volunteer youth leaders for longer than her current students have been alive—and then some. They live in Colorado and have three teens of their own. Katagi is always up for a youth all-nighter or game of dodgeball, which is another way of saying she's a wee bit crazy. 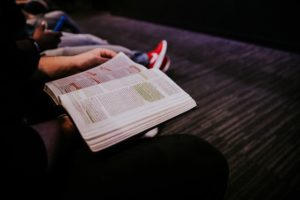 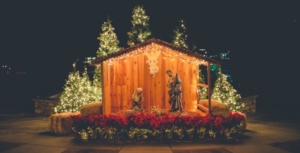 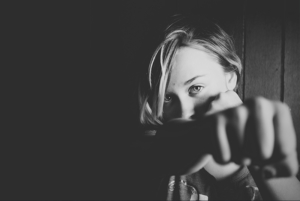 This week’s Mobilize gives 4 strategies you can use to help your students kick apathy to the curb in their relationships with God.