How to Start a Dare 2 Share LIVE Network from Scratch

It's hard to know where to start with building a church network for Dare 2 Share LIVE. Check out these tips from a youth pastor who's been there and who has great advice for you and your growing network!

With over 90 satellite sites already on board to host Dare 2 Share LIVE this year, October 13th is sure to be a powerful day of gospel training across America. What can you do to help build a groundswell of participation on the big day in your own community? Get started networking with other churches in your area ASAP!

Since the goal of LIVE is to equip students everywhere to reach their campuses and communities for Christ, it sends a powerful signal to teenagers when youth leaders across a range of churches and denominations link arms and work together for the sake of gospel advancement. It would be awesome to pack out LIVE at every satellite site, but we’re ultimately praying that this event helps build strong networks of youth leaders who can come together to reach the lost in their own communities. Even in the midst of denominational differences, one of the most effective things you can do to lay the groundwork for a long-term, sustainable gospel advancing movement in your area is to use LIVE as an opportunity to jumpstart this networking process.

Last year, youth pastor Chad Fogle and his church—First Baptist Church of Roswell in New Mexico—signed up to be a LIVE satellite site. As they prepared for the event, they built relationships with other local youth pastors to form a network that could last long after LIVE. By God’s grace, their youth ministry network is still thriving, meeting weekly, and working together to reach their community for Christ!

We asked Chad for some how-to tips based on what he learned from his experience last year. Here are six steps he suggested to start networking for LIVE (and beyond!). You can click on each step to get a more in-depth look at the networking process.

[accordion clicktoclose=”true”][accordion-item title=”1. Start with prayer”]“It all started with prayer in our church,” says Chad. “We were praying to the Lord of the harvest for more laborers within our church and our community.”

Reaching a whole community with the gospel can seem like a daunting task, and trying to do it through teenagers can feel even crazier. The first step Chad and his team took before doing anything else was to ask God for His help in bringing people to Jesus through LIVE.

[accordion-item title=”2. Make a list of churches in your area and get in touch with them.”]

If you don’t know many other youth pastors in your area, Google is a great place to start. “We just pulled a list of churches off of a random website we found on the internet,” Chad explains.

Once they had their list, Chad’s team started reaching out every way they knew how—emails, phone calls, personal visits, taking youth pastors out to lunch, etc. It didn’t always go as planned, though. Sometimes, Chad would drive to a church only to find that it didn’t exist. Other times, he’d call or email and never hear back, or get in touch with pastors who simply weren’t interested.

But the team kept their spirits up, and Chad says with a laugh, “I just told myself that I’m going to be persistent and drive them crazy because I think this is that important!”

Chad also gave us tips on starting that first conversation with a new connection: “At first, I introduced myself as the youth pastor at FBC Roswell and asked if I could speak with the church’s youth pastor specifically, so I wasn’t talking to someone who’s not in charge of youth. Then I told them that our church was looking to host an event to bring area churches together, to equip our students to proclaim the gospel, and then go into the city and do it.”

Chad says he focused the conversation on a mutual passion for youth ministry and spreading the gospel to bridge any denominational gaps. He explained to people he met with that the LIVE network isn’t meant to elevate just one church or denomination, but to reach the whole community for Christ. Then, Chad invited the youth leader to an initial interest meeting about LIVE at his church, mentioning that there would be a catered lunch as well (food is always a great incentive!).[/accordion-item]

The interest meeting was held in the fellowship hall at Chad’s church, and the team worked hard to make their guests feel welcomed and comfortable as they arrived. “When they showed up at our church, we greeted them in the parking lot and told them we were glad to have them,” Chad explains. “My wife was at a table inside where they received name tags, LIVE information handouts, and signed in so we would know who attended.”

Since collaborating with other churches is foreign to many people, it was important for the youth pastors to be able meet and chat to break the ice at the meeting. “We had some space where they could just hang out, meet each other, and talk for a bit before we ate,” Chad says. “Then we prayed together and just praised God for who He brought to that meeting and started eating and continued in fellowship.”[/accordion-item]

[accordion-item title=”4. Cast vision about why and how to build a network.”]

After having a meal together, Chad began to cast vision for what it would look like to have a strong network that advances the gospel, beginning with Dare 2 Share LIVE. “We explained that the whole point of this event is to have others churches be a part of it. We’re not just holding up a banner for FBC Roswell,” Chad says.

He says it’s important for LIVE to be explained as a rally point for revival, not just a one-day evangelism blitz. The ultimate goal is for the gospel to keep spreading and for the network to keep growing long after LIVE.[/accordion-item]

[accordion-item title=”5. Explain LIVE and have people sign up for roles.”]

Next, Chad went over information about Dare 2 Share Ministries and details of the Dare 2 Share LIVE event. “We gave them the promo stuff that we’d received from Dare 2 Share so they could follow along and have information to take home with them,” Chad explains.

He went over the critical roles that needed to be filled and passed around a sign-up sheet for people to express interest in the roles. This gave Chad a head start on building the team for LIVE. Finally, he went over a list of things to specifically pray for, like praying for more churches to be involved, for the students who would be attending LIVE, for good team communication, for God to provide volunteers, and for the lost people who would be hearing the gospel during the event.[/accordion-item]

[accordion-item title=”6. Start coordinating the event with your network.”]

“We sent out more in-depth information on critical roles and deadlines and then began delegating tasks, answering questions, and setting up event planning meetings,” says Chad. As they moved into the event planning stage, Chad and his team made sure everything they did was wrapped up in prayer—the most crucial part![/accordion-item]

We hope these tips from Chad Fogle shed a little light on the networking process and give you ideas for building your own LIVE network, but remember to add your own style! There are lots of ways to build relationships with other youth leaders and we pray that LIVE helps jumpstart a lasting movement of gospel advancement throughout your community.

Be sure to check out the LIVE Wire Blog for more tips and testimonies about this event. We’re so thankful that you’re joining us in this eternally important work and we are praying for you! 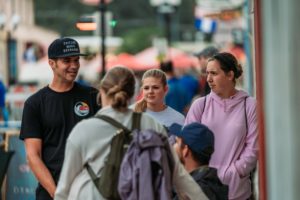 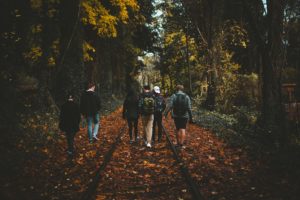 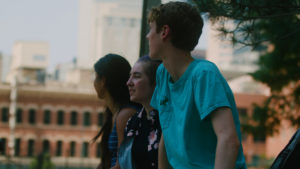