How to Measure Results that Matter for Your Youth Event

Sometimes we don't see the results we want from our youth events, but we might need to refocus our sights on the results that really matter.

Have you ever been disappointed by the results of a youth event you planned? Did you feel like the odds were stacked against you from the start, and the outcome wasn’t what you hoped for? It’s a frustrating spot to be in as a youth leader, but sometimes, it’s our perspective that’s not measuring up—not the results.

Pauline Ebert, Youth Director at Fusion Community Church in Cobleskill, NY, had her own set of logistical hurdles going into Dare 2 Share LIVE. Circumstances put her in an underdog scenario, and she wasn’t quite sure how the event would turn out.

“I had a hard time getting a network around LIVE this year,” she explained. “[LIVE] is a big production. We want to do right by the students, the volunteers, and by Dare 2 Share.” But things weren’t quite shaping up as she had hoped.

The first obstacle came when her Satellite Site’s LIVE production manager had to bow out because of an unexpected work obligation. Another hiccup was not being able to find a full band to lead worship. And of course, with fewer local churches on board, that meant fewer students were coming. But at every turn, Pauline saw God step in and work everything out for good.

God’s Provision for the Right Results

First, the church’s lead pastor stepped into the open production manager role without skipping a beat. Then God brought musicians from different circles to form what Pauline called a “God-ordained” worship band.

“Every person on that team was sold out for the vision of what LIVE was meant to be,” Pauline said. “There was a bond between them of excitement and energy, and it set the tone for the entire day. The members of that worship team are still on fire to help students to advance the gospel and will be helping at our next event in December.”

The kids who made it to LIVE at their site were “God-ordained” as well. “We may have had half the students we had last year, but we had a much larger impact!” Pauline shared excitedly. “Four students gave their lives to Christ for the first time.”

“[The students who accepted Christ] were from the community and weren’t plugged into one particular church,” she continued. “It goes to show how much the LIVE event isn’t just a ‘youth group’ event. It’s an ‘everyone’ event. It’s a place for students to find Christ and then learn to tell others about Him.”

Here are some snapshots of Dare 2 Share LIVE at the Fusion Community Church Satellite Site. (Click on an image to enlarge.)

At the end of the day, Pauline was able to measure the results that mattered from Dare 2 Share LIVE. Now, she and her team are on fire to get other churches on board for 2020. “[We’re] so grateful for God’s provision,” Pauline concluded. “It is not about the number of students, but the hearts transformed!”

Want to see your students be transformed in their personal faith and passion for the gospel? Join the LIVE Insider List today to be the first to know how to get involved next year. And check out more Dare 2 Share LIVE stories of impact on the LIVE Wire Blog. 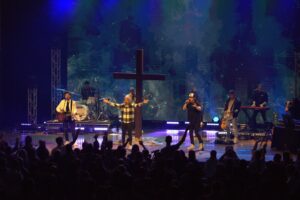 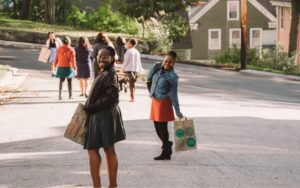 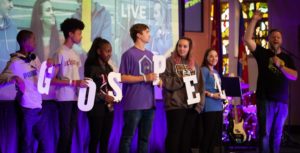 Join a community of leaders with the vision to see every teen, everywhere, hear the Gospel from a friend.